"For death is not the end. And I'll see you in my dreams. Bruce Springsteen"

In Porto Alegre, next to the hospital where my friend was, there is a bridge. Over the bridge, the distracted man who planted palm trees followed his work without realizing he was crossing the stream. Result: he did what seemed impossible, and the apparent illusion a reality. Just look well, above the bridge towards the heavens, majestic palm trees rise, below, where innocent botanical ignorance and aesthetic sense would guess roots in equal proportion, emptiness. The free span, magic and mystery. 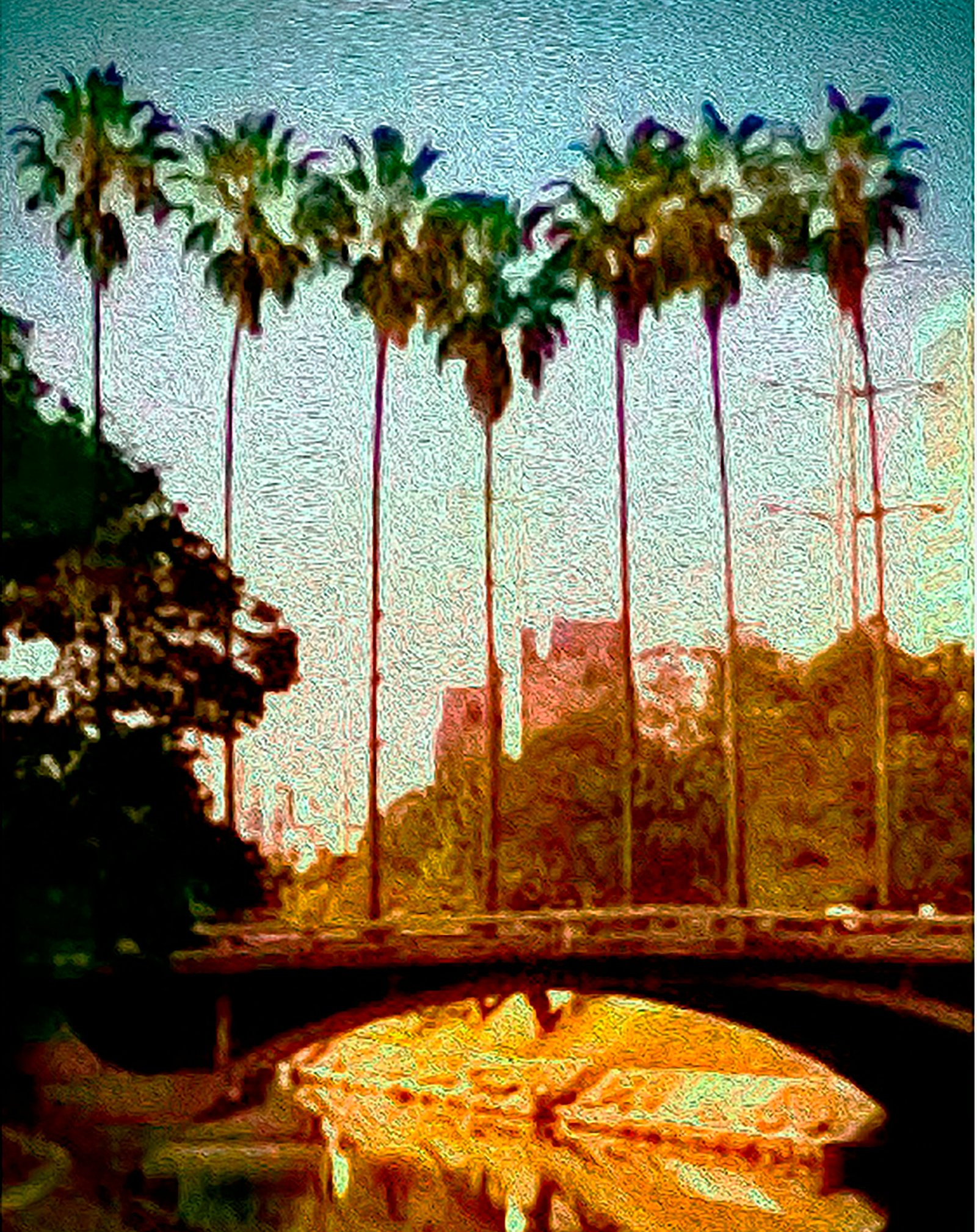 There are things that are not seen. Learning takes time, and there are suitcases that come by train. There was a time when having a clean, well-ironed, white handkerchief was being prepared for any eventuality on the way, from sweat to tears, skinning in the fall, from protection in the dusty seat to the armistice in the declaration of war.

I've been wearing masks, but I miss scarves. Especially at the pier.

That man's contrite silence is already one of the most eloquent images in the inventory that will remain from that pandemic time. The figure of the young man sitting on the windowsill of a Palestinian hospital in the West Bank city of Hebron, ran the world. In a conflict zone, there was no possibility of any feeling other than empathy with the child's suffering, watching over the mother's suffering, admitted to the hospital without being able to receive visitors.

Jihad Al-Suwait's mother, 30, was an elderly woman and was already suffering from cancer. She had to be admitted in early July. The family was prevented from entering the hospital due to the risk of contamination by covid-19. Her son visited her every day until her death on the 16th of that month. Every day, he climbed the hospital's outer walls to the third-floor window to accompany her from outside the room where she was.

Located in Judea, Hebron is the largest city in the West Bank and is considered sacred by Jews, Christians and Muslims. Hebron means "confederation", in the sense of friendship, alliance. Stage of several historical events, it is known mainly for the facts related to Abraão.

Not far from the hospital where Jihad was going to visit his mother is the Tomb of the Patriarchs. For Jews the place is called Me-arat Hamachpelah, in Hebrew, which means "the tomb of double graves" and, according to tradition, important biblical couples are buried there. In Genesis 49: 29-31, we follow Jacob's express recommendation to his children on the deathbed: - "I congregate with my people; bury me with my parents, in the pit that is in the field of Ephrom, the Hittite". And he argues: "There they buried Abraham and Sarah his wife; there they buried Isaac and Rebekah his wife; and there I buried Leah." The Arabs call it Haram el Khalil, "the sacred place of (God's) friend", Abraham.

Kalil means "friend", "close friend", "honorable comrade". The expression is used when talking about someone very esteemed. The one I refer to at the beginning of the chronicle was one of these; and that was also his name. Due to a notary, they must have moved to Calil, with C. The father came from Lebanon, from lands close to those where Jihad sat at the hospital window to see his mother. In the stories of these Calil, the same strong connection with respect for the umbilical cord that unites us to a bond of family, tribal identity, necessary also to a feeling of belonging and transcendentality. When asked about his origins, the answer is the same: - Where did we come from? From the mountains, of course! Descendants of the Phoenicians from the city of Jounieh!

In addition to religious and historical symbology, rites of passage are important for nourishing humanity's feelings, a health issue. This gray time has not allowed us to exercise the sacred right to goodbye. I couldn't say goodbye to that friend. Neither Henrique, the father, nor the Chinese, Simone and Paulinho ...

But among so many things that friend Calil taught me, that way of ending any meeting. I assume he learned the catchphrase when he was still in Santa Maria known as "Queijo", a state basketball star. Before coming to Porto Alegre to practice medicine and find Gi. He had probably heard it on radio waves immigrated from Argentina, between tangos and hisses. He ever said goodbye with a: - "Bye. And thanks!".

The thanks were done in a white scarf; it can be useful, guarantee of leaving nothing behind.

It is necessary to plant palm trees along the way and believe that they will grow, but there will be a bridge on the way, a passage that rises above the mystery of what we do not see. Let the poet be right, that death is not the end and we will see each other in dreams. However it is good to be prepared. It is like another lesson: - Friend, bye and gracias!