"Notes of a newspaper on the eve of the I PANLAR Congress - 1955. Nanna Svartz arrives in Rio de Janeiro"

This is how humanity walks. This would be the title in Brazil of the film based on the novel Giant by the American writer Edna Ferber and that the Rio de Janeiro newspaper Última Hora, on August 11, 1955, reported as a new meeting between director George Stevens and actress Elizabeth Taylor, so well valued by him in "A Place in the Sun" (1951).

In the same issue, a photo of fakir Silki - Adelino João da Silva, gaucho from São Francisco de Paula, famous for his shows throughout the country and abroad - illustrating an article about hunger in the country; the mood of mourning with the arrival the next day, from Hollywood, of Carmen Miranda's body to the federal capital; the drama experienced by Goa in the struggle for Portugal's liberation and annexation to India and other recurring news about national politics, coup attempts, financial crisis, delays in paying civil servants. Nothing new under the sun, King Solomon would say.

In an outstanding article, the president of the Brazilian Society of Rheumatology (SBR), Décio Olinto, spoke about the importance of the Pan American Congress of Rheumatology, the first PANLAR, to be held from the 14th to the 20th of that month in São Paulo and Rio de Janeiro. and warned about the social and economic impact of rheumatic diseases, making a point of emphasizing that he was a medical clinic and not a “rheumatologist”, having been chosen because of the confidence of his colleagues.

But, on the cover, Ultima Hora also boasted: “Sweden is winning the fight against rheumatism”. Announced by the reporter who went to interview her at Galeão as “King Gustavo’s doctor”, Nanna Svartz (Photo), then 65 years old, responsible for the development of Salopyrina (Sulfasalazine) in 1941, was invited to participate in the event. Waldemar Bianchi, one of the founders of the SBR, then general secretary of the “conclave”, went to the airport to receive her with due respect. 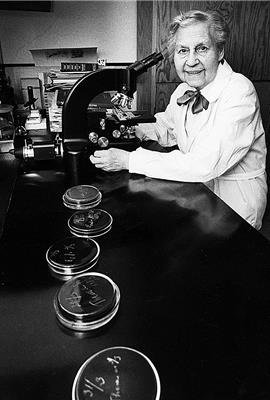 In 1937, Nanna Svartz had assumed the chair of Professor of Medicine at the Karolinska Institute; only in 1963 would another woman be approved. She was the one and only for many years. Her acceptance came after an exhausting process of investigation, testimonies, debates and accusations. The controversy was for only one reason: she was "a woman." Specializing in diseases of the digestive system, as well as in joint pathologies, she maintained the private clinic, in parallel with her work at the Serafimer Hospital in Stockholm and at the Karolinska Institute, demonstrating a remarkable capacity for health administration. He focused his research on three main areas: initially he was interested in the study of anaerobic intestinal bacteria, at the end of the 1930s he began research that led to the synthesis of sulfasalazine and, with the support of the Instituto de Pesquisa Rei Gustavo V, directed his work investigation for the Rheumatoid Factor. She published her first scientific paper in 1913, when she was a third-year medical student, and her last in 1980, aged 90. She died in 1986, having reached the age of 96, recognized and awarded for her trajectory.

After so many years, the female presence in medicine and, particularly in rheumatology, is no longer surprising and dominates the scenario. There are many examples of successful careers, both in assistance and in teaching and research, taking on relevant positions.

A recent controversy involving a young professional and the leak of information about a patient's health, in a whirlwind of issues involving the media, medical confidentiality and ethics, political manicheism, lack of common sense, lack of respect, compassion, and other perverse and frivolous attitudes reminds us of the answer given by Nanna Svartz to the reporter interested more in the fact that she took care of the health of the Swedish monarch than in everything she had come to share at that first PANLAR Congress on advances in the field of rheumatology. - And King Gustavo, how is he? - he insisted. With quiet condescension, Nanna Svartz replied: - The King is doing well, thank you!

She had always fought against prejudice and knew how to disarm that journalist "enchanted" by the opportunity to interview the "doctor of a king". She had learned it from an early age, and that was how she became the first professor of medicine in her kingdom. As a student she had been successful and would forever remember what her proud father had said at the time: "Nanna has almost as much talent as a man." That was perhaps the greatest compliment he could give her.