"In the first 'Interview with History', Dr. Antonio Iglesias enters the shoes of Thomas of Sydenham and raises concerns about his career and rebellion in the face of medicine of the time and answers why many consider him the first rheumatologist."

In the first 'Interview with history,' Dr. Antonio Iglesias embodies Thomas de Sydenham and answers questions about his career and his rebellion against the medicine of the time while also making it clear why many consider him to be the first rheumatologist. He was born on September 10, 1624, in Wynford Eagle, U.K. (Image 1), and he died on December 29, 1689. He studied medicine, although the Civil War put a halt in his training. He was friends with kings and philosophers and was also a rebel of the medicine of his time. A rough description of Thomas Sydenham today, 396 years after his birth.

It is crucial to analyze Sydenham's time since, until the end of the 16th century and the beginning of the 17th century, the old Theory of Humors predominated. A new conception of disease was then necessary since all the predominant ideas were based on this notion.

He was a rebel of the medicine of his time. For him, medicine resides on observation and description, more than in theory.

Just as a botanist classifies different species, so would he do with diseases. For him, such classification corresponds to "morbid species" and are "regularities of nature," leaving aside the philosophical approach to analyze the course of a disease. His views constituted an act of rebellion that undoubtedly influenced the future of medicine.

Here, a dialogue to help to understand this personality's ideals, perceptions, and proposals is presented.

How was life, and who were the mentors of his time?

By the end of the 16th century, extraordinary figures such as Jan Baptista von Helmont (1579-1644) emerged. They changed the concept of the humoral constitution for that of individual disease and the cause for a specific agent, thus opening the perspective of etiology, pathological anatomy, and diagnosis of a disease.

Subsequently, Franz de le Boe (Sylvius) (1614-1672), a follower of Harvey's theories on circulation, came into the scene. The Dane Thomas Bartholin later contributed to the development of anatomy and the emergence of other concepts such as iatrochemistry, clinical empiricism, and rationalism, with Hermann Boerhaave (1668-1738) as one of their leading promoters. With this background of the medical world of the 17th century, my name, Thomas Sydenham, came to light.

I introduced the concept of modern morbid species when describing the clinic of diseases to explain the compromise between experience and reason (1,3). I was even considered the English Hippocrates and one of the most influential physicians of the 17th century.

Let us talk a little about you: How was your environment growing up, and what was your medical training like?

Wynford Eagle, where I was born in 1624, is a village near Dorchester. The health conditions were appalling, and because of the weather conditions, bone diseases such as rickets, and infectious diseases like tuberculosis and measles, were widespread. In terms of politics, the Calvinist doctrine prevailed.

The state of medicine was chaotic, and surgery was performed by barber surgeons and practiced by shamans. The lack of surgeons and poor hygiene were customary at the beginning of the 17th century, and there was also the influence of the rationalism of Paracelsus, miasma, and religious fanaticism. In other words, there was no such thing as the medical world.

I am considered the father of English medicine. I graduated with a Bachelor of Medicine in 1648 at Oxford, and in 1665 I was licensed at Westminster. In 1687 I received my M.D. degree from Cambridge University, where one of my sons had studied. Yes, after nearly 30 years of practicing medicine.

In terms of my relationship with medicine, I can say that I used the Hippocratic method based on observation and experience. I analyzed the patient at the bedside, as stated by the Leiden school. I dedicated myself to study each disease and separate it from the other. Why did I do that? I believe each of them was different, and that was how I discerned, through natural history, the differences between acute and chronic diseases.

My book, Observationes Medicae, was a classic for 200 years. It was credited for describing some diseases like gout, scarlet fever, malaria, dysentery, measles, and hysteria. Also, I can say that one of my most relevant works was the treatise on gout. It was described in 1676 at the beginning of my work (Image 2), although it had some detractors despite its excellent descriptions. Nevertheless, at the end of the 17th century, I received all the accolades. 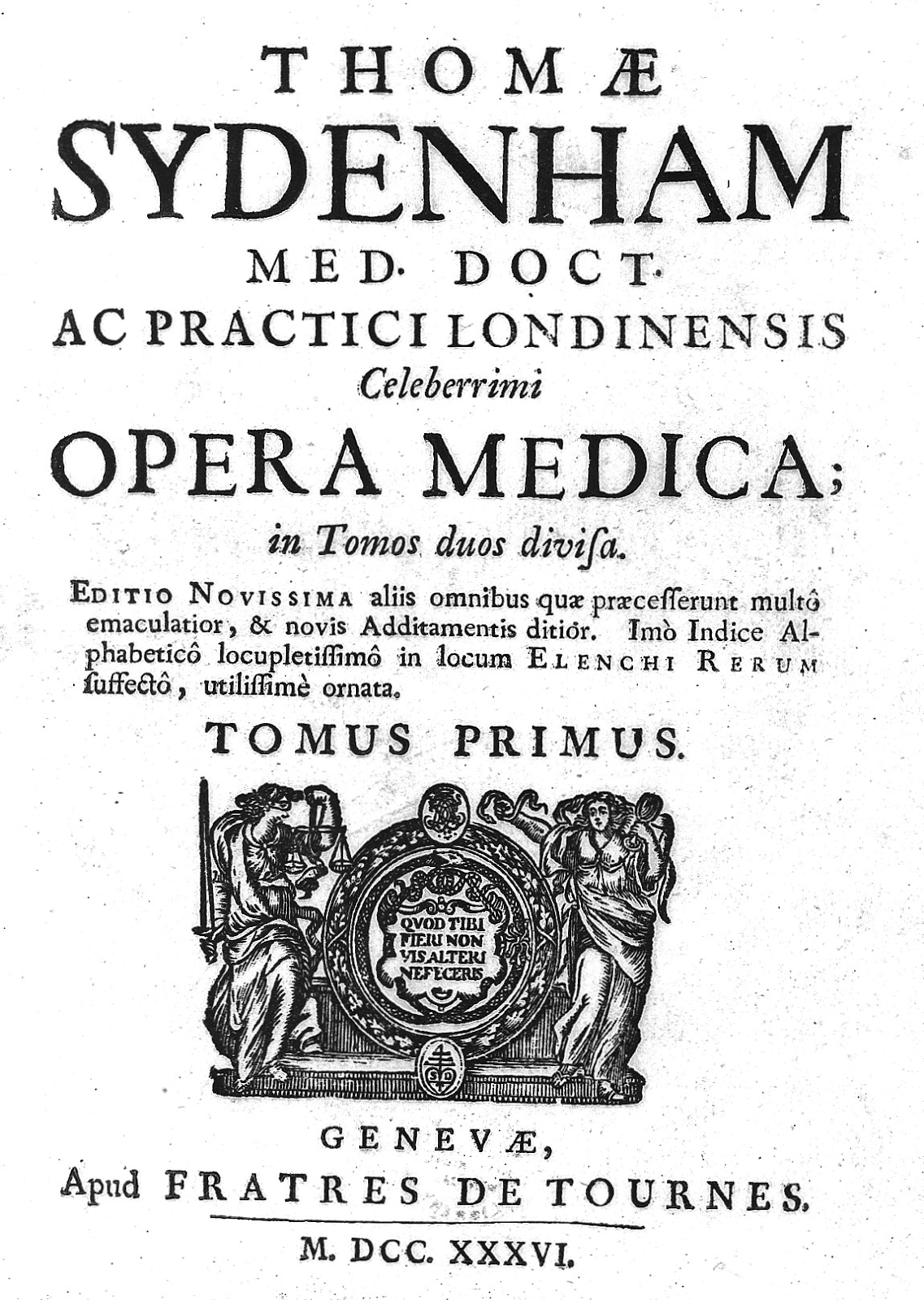 When I moved to London, I met Robert Hooke, Robert Boyle, John Locke, Thomas Willis, extraordinary physicians, and thinkers of their time (1,8). In 1666 I published Methodus curandi febres, which I wrote after the London epidemic of 1665, followed by Medical observations, where I described the importance of medical observation, individualized each of the diseases, and explained their medical methodology. I proposed an empirical nosography and nosotaxis, based exclusively on what the observer could perceive in the patient's body through the senses.

And how did you dabble in rheumatology?

I studied rheumatic diseases and was possibly the first physician to identify and describe any of them. At the time, the term gout was used generically to describe joint pain and inflammation. For 39 years, I suffered from classic gout and described the disease as it is known today. I also had nephrolithiasis. I identified and described acute polyarthritis, possibly rheumatic fever, and chronic and deforming arthritis such as rheumatoid arthritis. Also rheumatic, or minor chorea to distinguish St. Vitus' disease or dance, as it was known as in the Middle Ages.

Finally, why did they call you the English Hippocrates?

The English treatise on medicine of the 17th century evaluated my profile and recognized the importance of my works. I was compared to Hippocrates for using observation as a methodology for studying my patients' diseases. Such appellation was supported by the medical college of England, although there was no lack of detractors who asserted it was due to my friendship with Locke and other influential people of the time.

My medical practice, they say, was magical and it is still widely accepted. Dr. John Brown called me Prince of English Physicians, and I was acquainted with King Charles II. Later, William Osler, an excellent internist, would write, "Sydenham has the great merit of the medical profession in using the Hippocratic method, given the careful observation of his patients and his bedside practice."

"I have been cautious not to write anything that was not the product of faithful observation so that when the scandal that my work provoked be left aside - and I am in my grave - it will be clear that neither did I suffer from allowing myself to be misled by vague and self-indulgent speculations nor have I misled others by imposing upon them anything that was not absolute fact."